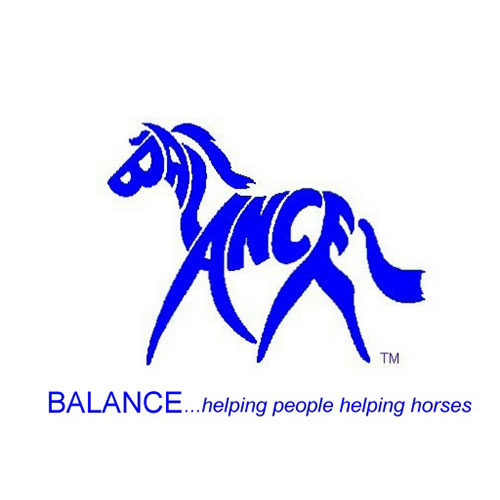 Tell us about yourself

BALANCE Organisation was founded in 1993 by a small group of people who had stumbled upon an unrecognised issue within the horse industry, that was causing many horses anything from mild discomfort to serious disability and damage.

In the late 1980s and 1990s, our research exposed serious flaws in conventional saddle fitting practices and saddle design. There was no proper training for saddle fitters anywhere in the world and too many people making saddles, fitting saddles and using saddles with little to no knowledge of horse anatomy, and how the saddle impacts on it.

Our background had been in training horses and riders with a specific focus upon bio-mechanical correctness of movement in the horse. We identified the design features that horses need in any saddle to use its body as nature intended, along with a method of ‘fitting’ the saddle that related to movement rather than the conventional approach of matching the static body shape of the horse.

When this information went public it created a shock wave and some radical changes in the saddle industry; a realisation that proper training was needed and a huge increase of general interest in the way that saddles impact on horses.

What services do you provide?

We design, produce and supply saddles and associated equipment, focussed on the welfare and comfort of the ridden horse. We offer an alternative and holistic training about saddling and its connections to the health, performance and welfare of ridden horses, for anyone involved.

This concept was considered radical and unusual when we founded the company in 1993 as it challenged the status quo.

When it comes to constructive methods of saddling and bio-mechanically supportive equipment for horses and their riders we have been on the leading edge for over 20 years and are recognised as such.

We made the move to Westcott as it offered exactly what we needed to grow our business. Originally we renovated and leased half of building 9, (part of the old fire station) and later took over the whole building. We eventually outgrew this too, but didn’t want to move away. So, when Brook House became vacant, we jumped at the opportunity to move into this larger building which, by the way, used to be the park’s medical centre, just a stone’s throw away from the former fire station.

What are your future plans?

Since 1993 we have built a huge following of horse owners, trainers, veterinarians and therapists who have witnessed the transformation of horses who have been moved out of the limitations of conventional saddling and into, what we refer to as ‘Constructive Saddling’.

BALANCE is a small business that is having a big influence in the global horse industry! Over 50% of our sales are exports. All of our suppliers and manufacturers are British, and we aim to keep it that way. We continue to build on our following and grow the business by recommendation and referral.

What’s your message to other Westcott businesses?

If you would like to find out more about our work, please visit www.balanceinternational.com