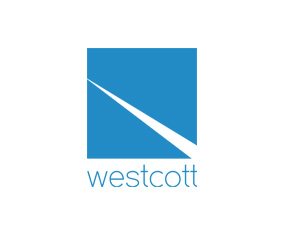 The National Space Propulsion Test Facility (NSPTF) is the only one of its kind in the UK and allows companies and academics to test state-of-the-art propulsion engines which are used to move small satellites in space. It allows new types of more sustainable propellants to be tested, such as Hydrogen Peroxide and Liquid Oxygen which are more environmentally friendly.

The facility is let to The Secretary of State for Housing, Communities and Local Government on behalf of the UK Space Agency in an agreement with Park owners PATRIZIA Hanover Property Unit Trust.

The UK Space Agency has worked with the European Space Agency, the Science and Technology Facilities Council’s RAL Space facility and NAMMO UK to develop this cutting-edge facility. The site will use game-changing technology to test the propulsion engines that position orbiting spacecraft in conditions similar to those experienced in space.

The new facility will allow innovation in propulsion technology, as well as the cost-effective development and testing of even more powerful engines for interplanetary travel, and to drive forward the significant commercial telecommunications satellite market.

“This pioneering facility will support our ambitious space businesses, enabling them to undertake complex spacecraft engine testing, while boosting the local economy by creating highly skilled jobs.”
Science Minister Amanda Solloway
“Thanks to this key UK government investment, UK space can now compete favourably with the very best rocket test facilities in the world. The Nammo team have designed, created and produced this phenomenal, state-of-the-art hot-fire test facility that is already driving further growth in UK based spacecraft propulsion businesses.”
Rob Selby, Vice President of Nammo Space
“This is yet another leap forward for the development of Westcott as a centre of excellence in the space propulsion and associated high-tech industries. Future Investment will ensure Westcott’s place at the heart of the UK space industry.”
Nigel MacKenzie, Westcott Project Development Manager 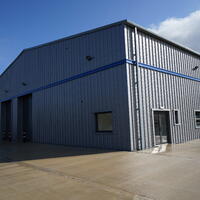 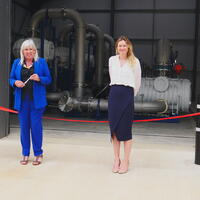 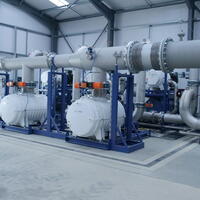